Similar to wood and steel, concrete comes in various grades that are apropos for different types of residential or commercial applications. For example, the concrete found in an unfinished basement’s floor slab will be less aesthetically pleasing than the concrete used in a polished concrete structure. Are you unsure about what concrete grade you need for your project? You’re not alone. Experienced with concrete grades of many finishes and strengths, McHenry Excavating, Inc. provides concrete grading for residential, commercial and industrial customers in McHenry County and surrounding areas of the Chicagoland region. Whether it’s a new driveway, street, parking lot or building pad, we can help you determine which grade of concrete is appropriate for the job. 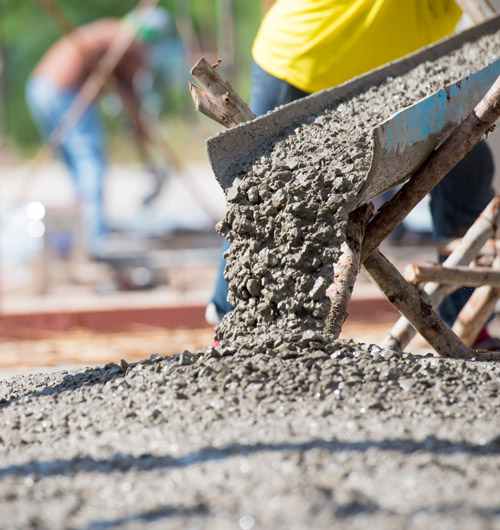 How the Concrete Grading System Works

The grade of concrete will tell you many things about its finish, strength and the proportion of materials used in its mix. Concrete mixes come in various proportions of cement, sand, gravel, water and several additives. Grading is usually measured in pounds per square inch and refers to the minimum strength that the concrete should have after 28 days of construction. Generally speaking, higher concrete grades are primarily for commercial use, while lower concrete grades are appropriate for many residential or commercial applications, including patio slabs, curbs, pathways and other non-structural types of work. Industry guidelines typically denote residential applications to have at least a 2,500 psi, while heavy-duty commercial applications should have a 4,000 psi or higher for safety and structural integrity.

In many other countries, concrete grading is measured with an MPa, with the “M” standing for mix and the MPa indicating the overall compressive strength measured in newtons. Using this system, the concrete is measured in ascending increments of five, beginning with 10. Despite whichever system of concrete grading is being used, the bottom line remains the same: the higher the number, the more appropriate the concrete is for commercial application.

Rely on Our Expert Concrete Grading for Any Job

Selecting the wrong grade of concrete for your project can have disastrous results, ranging from flaking to more serious cracks and structural issues. Eliminate the need for guesswork when it comes to concrete grading in the McHenry County area by contacting McHenry Excavating, Inc. to request a quote. While most finished concrete may look the same to you, don’t be fooled by appearances. Professional concrete grading will ascertain your concrete’s ratio of ingredients and overall compressive strength, so you aren’t in store for any unpleasant surprises further down the road.

We Wreck. We Remove. We Recycle. We Repair. We Build.

REQUEST A QUOTE
Back to the top